One of our staff members used the pandemic to teach his grandson how to drive shift in his 1966 Pontiac GTO. This was his first time getting to sit in a car older than 2008. Instead of being puzzled by the best column shift around, he focused his attention on trying to work the cassette player and choke.

Younger generations know all the great photography hacks and their way around every social media. However, if you ask them about a crank window, they might start scratching their heads. Thankfully the number of automotive projects increased during the pandemic, giving a good deal of twenty-something-year-old car enthusiasts a chance to take a deep dive into car history. Here is a list of throwback car features young folks can never appreciate.

On a hot day driving down the highway, crank windows can be a pain to use. They require a firm grip and some serious elbow grease. Crank windows were standard up until the late 1980s. By 2008, power windows became so common that automakers stopped making crank windows. With the rates people spend on their smartphones while driving, we can only imagine the decimation we would cause if crank windows still exist. Another member of our staff recently bought his daughter a 2017 Chevy Cruze. When the battery died in her key fob, she called him in a panic, thinking she was stranded. He had to explain to her that you could use the key to unlock the door manually instead of using a button.

Younger generations may not know how to manually unlock a car. Way before the keyless entry was invited, door locks were also manual. You would have to unlock a driver’s door with a key, then climb in and reach over to open the passenger door before automatic locks. The struggle was real.

Remember when you had to ask your passenger to adjust the door mirror on their side? Move it to the right, down, now to the left. Perfect. Now the convenient electronic joystick makes life a little easier.

If you were to ask any twenty-something what a cassette is, most of them probably don’t know or have never used one. Here and there though, some millennials enjoy collecting records and even cassettes.

Smaller cassette tapes were paradise after eight-track tapes, let alone a cassette inside a car. By the 1990s, most cars offered a radio that played both cassettes and CD. The last vehicle model in the United States that included a factory-installed cassette player was the 2010 Lexus SC 430.

Although they were a pain to rewind, showing a box of cassette tapes to your friends has the same impact as a millennial sharing a playlist. A little piece of your soul sat in that box. The younger generations definitely are missing out on that feeling of opening a cassette and taking out the album art for the first time. 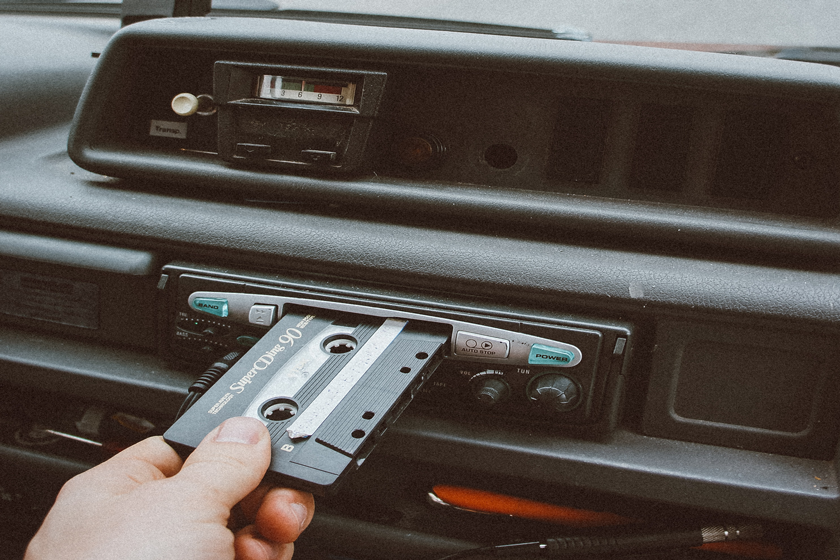 Most car manufacturers stopped using carburetors in the late 1980s. Newer technology such as fuel injectors proved to be more efficient whether it was Quadrajet, Tri-Power, Stromberg, Holley, three-barrel, or four. No matter the type, they all required adjustments eventually. 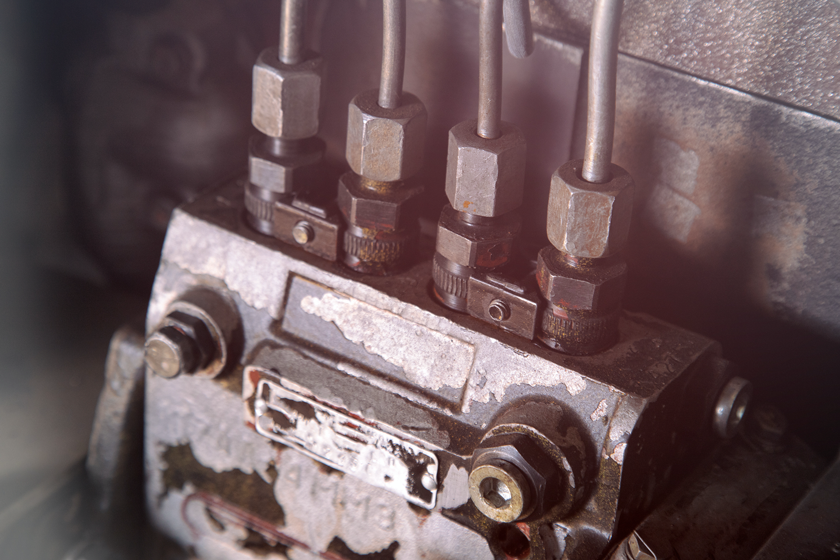 Many of Original Air's upgrade kits include mounts for a standard, single-barrel carburetor (non-Shaker Hood) Small Block engine that was originally equipped with factory A/C.

CB or citizens-band radios quickly grew into popularity in the late 1970s. Many of the classic car movies heavily influenced its rise to fame. Although a trend, some CB radios became the factory options on some models such as Cordoba. As the Bandit would say, ten-four.

Many of us remember using the choke on a cold morning to get the engine running. The choke valve restricted airflow to enrich the fuel-air mixture while starting the engine. Once the choke restricts air from the carburetor, it reduces pressure causing more fuel to be pushed from the main jet into the combustion chamber. When the engine is warm, reopening the choke valve restores the carburetor to its normal state. Later carburetors in the 80s started to do this process automatically until carburetors phased out entirely.

As another 70s trend popularized by Smokey and the Bandit, these stylish removable roof panels became the standard on every Corvette coupe from 1968 to 1982. Ford and Chrysler copied Corvette shortly after.

Once guys named Vinny cruised up and down the Jersey Shore with their T tops down all throughout the 80s, we’re somewhat happy they died off with the fourth-generation Camaro and Firebird.

In the 70s and 80s, you could find velour seats in anything from Honda Preludes to Cadillacs. Sitting on this stuff was like sitting on sponges. Regardless of the temperature outside, it only takes a couple of minutes to start sweating, and only a couple of minutes later would it take for the velour to absorb it all. Gross. 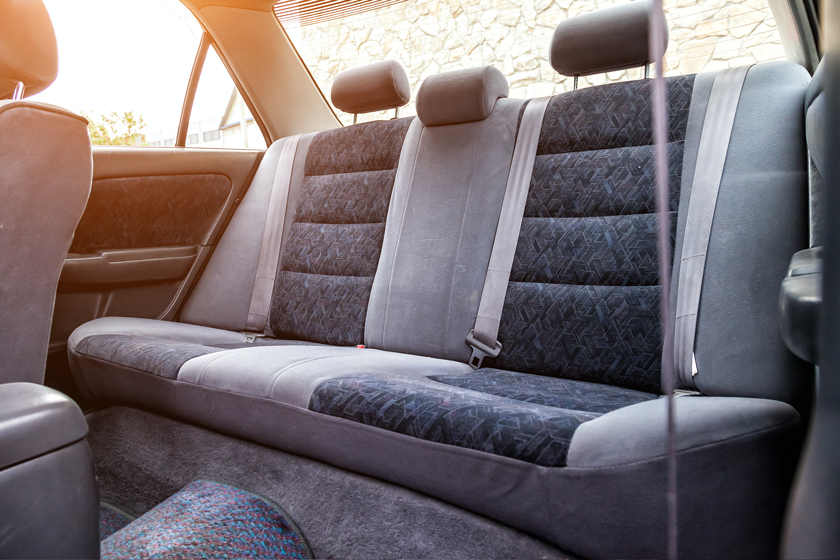 The 1990s seatbelt regulations invited these manually buckled lap belts paired with a motorized shoulder belt beauty. After you closed the door, the shoulder belt motored up a track next to the door opening and against your middle. They became a laughingstock in pop culture because they were prone to breaking. These irritating belts marred some pretty good cars like the Mitsubishi Station Turbo and the Ferrari Testarossa, so the whole idea was scrapped not too long after.

You were a nobody in 1987 if your car didn’t feature a mobile phone between the center armrest or next to the shifter. Most Gen Zs and millennials are finally cool once they get their first phone, regardless if it was smart or could flip. In 1946, the first car phones connected to the public switched Telephone Network in the United States. Not until the 1970s through the 1990s the car phone became popular. Most of the time, the phone didn’t work. But you still donned the Yuppie or Preppie uniform. 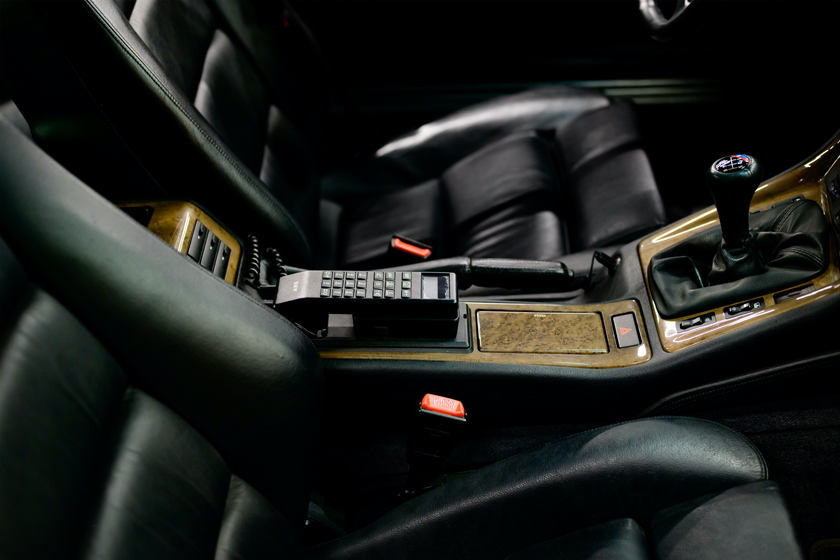 Every car has a story. Did your classic get stolen during its restoration? Did you almost total the car back when you were learning how to drive? Do you have memories of using certain car parts that are no longer used today? Share your story with Original Air today by commenting below or submitting a reader ride. You might even get a chance to be featured in our newsletter.

I purchased this unrestored dreamboat in the spring of 2015. My wife was suffering from cancer and passed away just a few months later but we got the opportunity to drive it to a big car meet before that. After that, I overhauled the engine, refinished the paint, and did some detailing. Now, I will try to get the factory-installed air conditioning working with some help from Original Air.

The Original Air components I have in my care are the condenser, hoses, compressor, switch, drier, expansion valve, evaporator, and control. 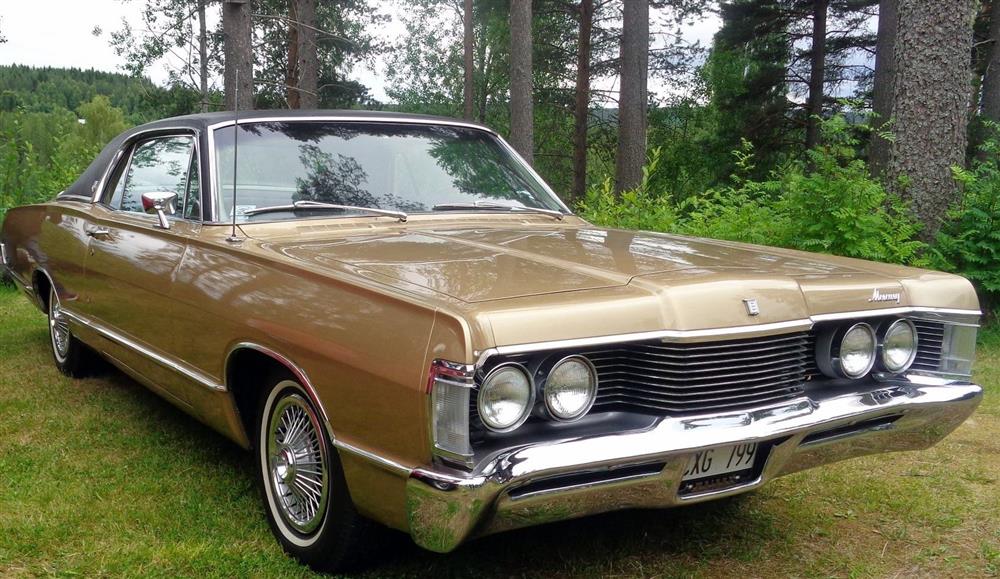