4 Graphs Showing Why You Should Pick Synthetic Oil Over Conventional -Wednesday, February 10, 2021

The decision between going with synthetic versus conventional oil is an age-old debate. But what’s the real difference between them when it comes to your engine? Synthetic oil is made up of artificial chemical compounds while conventional is refined crude oil. We’re breaking down the explanations behind why you should pay more for synthetic.

In physics, viscosity describes a fluid’s resistance to flow. When an object flows through oil, for example, the oil resists the flowing object and the velocity the object is creating through its motion. Several different factors can affect the flow and resistance such as particles suspended in the liquid. The change in the viscosity due to a temperature change is called the viscosity index (VI).

In chemistry, volatility describes how readily a liquid vaporizes. Some oil can evaporate once it is heated and thus lost. You want as much of that oil to remain a liquid as possible. There is an industry standardized test called the Noack Volatility test that heats oils at 250 degrees Celsius for one hour. Air flows over oils catching any particles being vaporized. After the hour, the liquid’s mass is measured. So what? This is a quite the afternoon experiment all to buy some crummy oil. Fortunately, this test is on the back of oil containers. Look for ILSAC GF-6 which indicates it passed the volatility test and didn’t lose more than 15% of its mass. 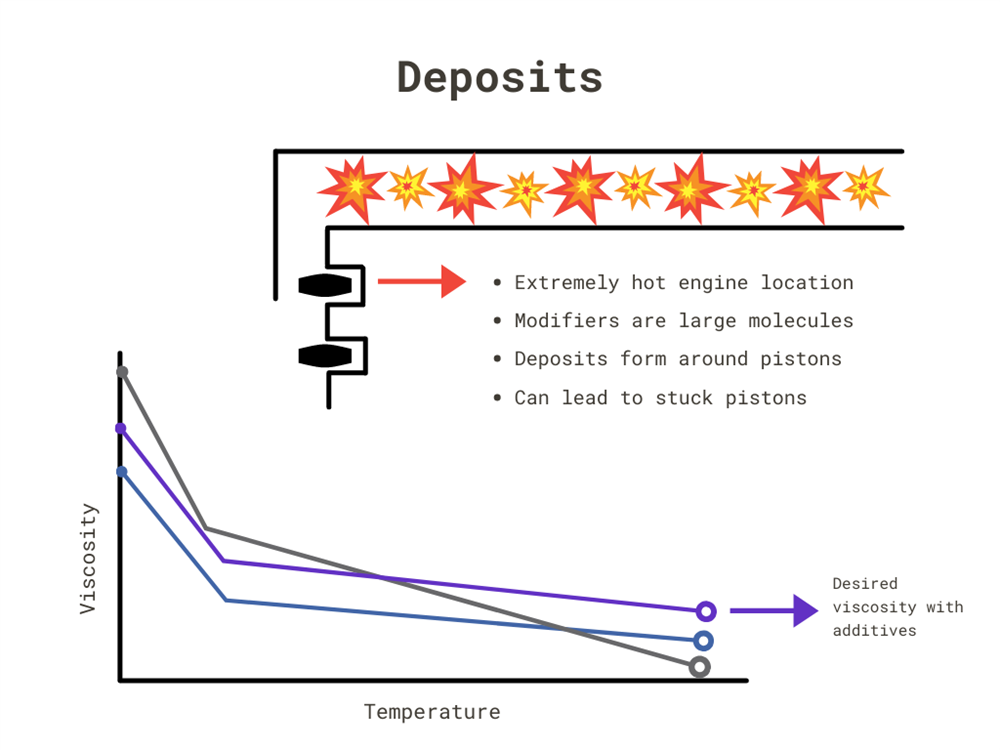 However, viscosity modifiers have very large molecules – 200 to 2,000 times the size of what is considered a large molecule in conventional oil. These are susceptible to creating deposits in the piston rings causing them to lock in place. Locked pistons can cause oil control loss, blowby, and cylinder damage. Because synthetics use fewer additives, they are less susceptible to deposits forming in these high-temperature areas.

Classic car owners can worry less about small, turbo-sized engines, a new trend in the industry that cause more heat in a smaller area. While they may be all rated for the same viscosity, synthetic still can remain thicker at a higher temperature.

A couple of months ago, we talked about how automakers fought corrosion. Rust happens when a metal gives up its electrons to another piece of metal willing to receive it. Typically, a liquid, otherwise known as an electrode, facilitates this transfer. This is also known as oxidation.

Something similar happens with motor oil: oxidation will react with it and change it. This forms a sludge-like substance and makes the molecules heavier. Heat accelerates this oxidation process. When looking at conventional oil, you see more unsaturated molecules. 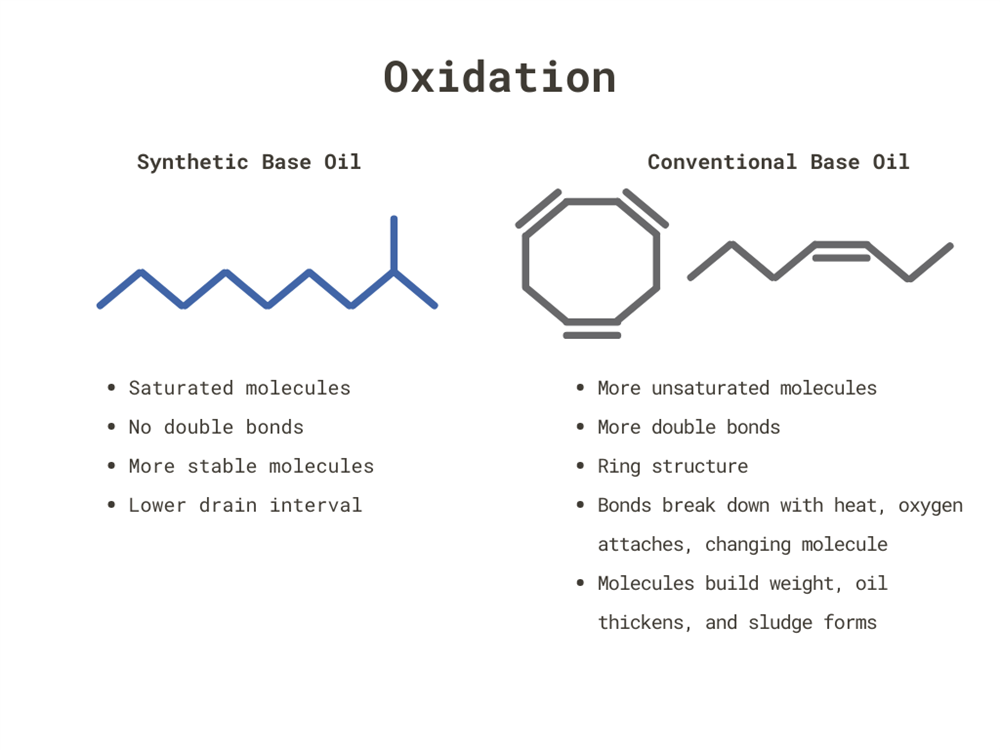 These molecules have ring structures and double bonds that are susceptible to oxygen coming into higher temperatures, attaching to the molecule, and growing them in size. This causes the oil to become thick forcing you to change the oil.

With a synthetic base oil, its saturated molecules do not have ring structures or double bonds which remain stable at high temperatures. Although not impossible, it’s much more difficult for oxygen to get into them. To prolong this process, you either need a stable base oil as with the case of synthetic oil or antioxidant additives that fights the oxidation.

I purchased it in 2004 and wanted to take this car on long road trips without breaking down. I really wanted a 1981 because it was the last year for the stick shifts.

I ended up replacing the motor with a crate engine, 5-speed transmission, and changed the rear end gear to a 3.55. The car was originally a cream color, but I repainted it black. I also placed ZO6 wheels on it and many other upgrades. And I actually just gutted all air components and replaced everything new.

Original Air components I have on my car are the condenser, compressor, switch, accumulator, and evaporator.