We are very excited to show off a cool custom Nova owned by Jim and Diana Workman. This car has a solid deck lid cover. We love to see one upholstered this way that really compliments a beautiful car. This one is unique because it features not only custom stitching, but custom air-brushing by the one and only Mike LaVallee. It is when we received these photos that we learned of Mike's passing. 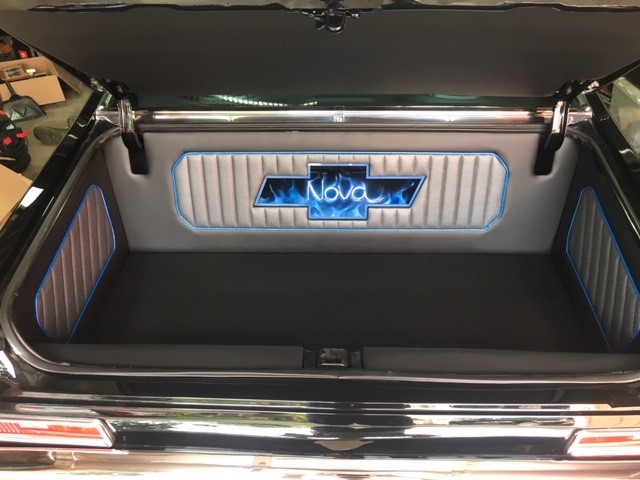 A Short History on Mike LeValee

Mike began drawing dinosaurs at the age of two. Later while in high school and moving on to sketching other animals, one of his teachers recommended he enter a national art competition. After winning, he decided to pursue a career in art and attended Butera School of Art in Boston.

Initially, he learned how to paint signs. He got a job at a sign-producing company and stayed there for about a year. LeVallee decided the job wasn’t for him and instead set up shop in his parents garage. There, he learned airbrushing from his father who used it for his taxidermy business. Instead of using dead fish as a canvas, Mark chose motorcycles and cars.

A friend saw his talent and suggested he ply his new trade at the Laconia motorcycle rally up in New Hampshire. He ended up making more money in that single weekend than an entire month of working in the sign business. 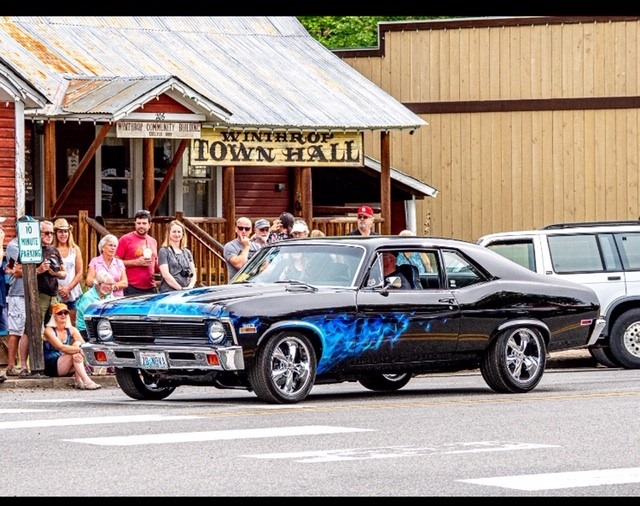 The motorcycle rally was the spark LeVallee needed to find his success in the airbrushing business. He traveled like a gypsy from show to show until he eventually settled down in Washington State. While attending a show in Seattle, Mark came up to a black ’32 Roadster. He mentioned to the guy working underneath the car that he could fix the scratch for 20 bucks. Mark fixed the scratch the next morning and met the owner of the car who was none other than Chip Foose of Foose Design.

Foose was so interested in LeVallee’s work he flew him down to Southern California where Mark painted his flames on the side of a ’51 black Chevy pickup. It was later featured on the cover of Classic Truck Magazine turning LeVallee’s work into an international sensation.

Mike passed away April14th, 2020 from complications of a stroke at 60 years old. Mark’s airbrushing techniques have changed the automotive industry. He called his technique True Fire which as since become the industry standard for airbrushed flames.

Comments (0) details
The Risk of Rust: A History on How Automakers Fought Corrosion -Friday, October 2, 2020

Those of you who live in cold, snowy, or hot moist climates know the menace of rust. Although your classic is more at risk in those areas, corrosion tends to eventually attack vintage vehicles at some point. However, the history of car rust is not so simple. Modern cars today can withstand rust better due to a combination of advancements in design, manufacturing, engineering, and implementing anti-rust plans. Galvanization is a chemical process that fights rust. Sounds like the perfect solution for cars, right? Wrong. Even though the Brooklyn bridge used over 15,000 miles of the galvanized wire during construction in 1883, car companies didn’t catch on. Instead, up until the 1950s, the steel used to build cars was much thicker than today. Even though rust could still affect thick steel, it took a long time to ultimately corrode.

Another crude solution to rust is to not let your car age. In addition to thick steel frames, 1950’s post-war American convinced consumers that they needed a new car every other year. Car companies would frequently introduce new body styles during that same time, making the appeal of a brand-new car too good to pass up.

While the general American population was fine with swapping cars like hot potatoes, overseas felt differently. And we’re not talking Europe. Japan is an island nation that habitually fights moisture from the sea air. As Japan became a new automotive powerhouse, companies like GM, Chrysler, and Ford began taking on anti-corrosion technology. Enter galvanization. 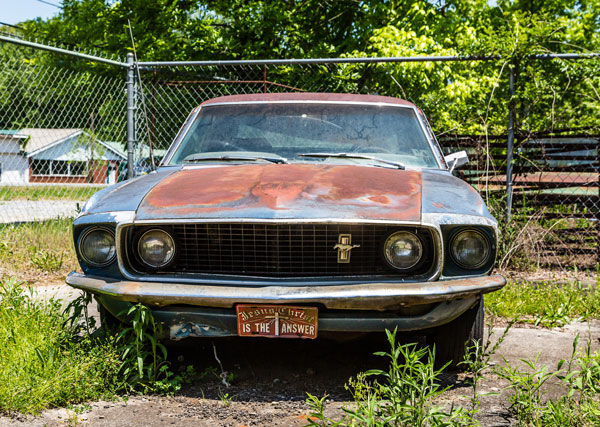 Galvanization is the process of coating steel with zinc to avoid corrosion and rust. In other words, it halts the chemical process of rust from occurring by keeping the metal’s electrons in place and instead, sacrificing its own.

Glass Bones and the Unibody

After American companies began adopting galvanization, they also started simplifying designs. This decision was partially an imitation to Japanese designs, so moisture can’t get into smaller parts of the car. 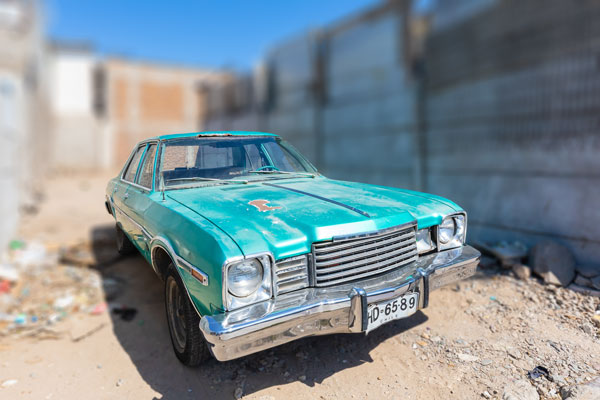 As the ’90s came around, so did multi-year corrosion warranties. Although many different and effective anti-rust treatments exist, none can guarantee zero perforation. The easiest and safest way to avoid the risk of rust is to take care of your classic. Keep it away from salt. Remember to always park it in a dry yet ventilated area. And as always, store it in a safe spot for winter.