I purchased this car in 1976 from the original owner in North Royalton, Ohio. I drove it through my senior year in high school and with a heavy heart, I had to sell it in the fall of 1977 when I went away to school.

In January of 2012, I was contacted by a buyer who had found the car in a barn in Ashtabula, Ohio where it had been sitting since 1980, it was still black with gold stripes like I had painted it in 1977.

I purchased the car back and began a frame-off restoration with the help of my 14-year-old son. We have restored it to its former glory and back to the original color of Shadow Gray. The car is all original sheet metal except for the hood and front fenders. Their car was solid and needed no patchwork done.

This car is a true SS396, not a clone. The engine is a date correct ‘CE’ block, 3969854 casting 402 cubic inches. The transmission is a Turbo 400 that was built by “Transmission by Bruce” in Parma, Ohio who also built the original transmission. The rear end is the original 12 bolt positraction. The interior is the original dash, console and door panels. The car was a non-A/C car but since I moved to Arizona I wanted to have A/C, I purchased an original A/C unit out of a 72 Chevelle and modified the firewall by making a template. I then made a plate to cover the existing hole for the heater box and attached it to the firewall with panel adhesive.

We are always hearing about cool restoration and modified car projects from our customers, and would love to see and share that factory equipped A/C cars. We have added a form to our website so that you can describe and upload pictures of your ride so that we may share with our customers worldwide. So get your car cleaned up, grab a camera, and send us your best shots! 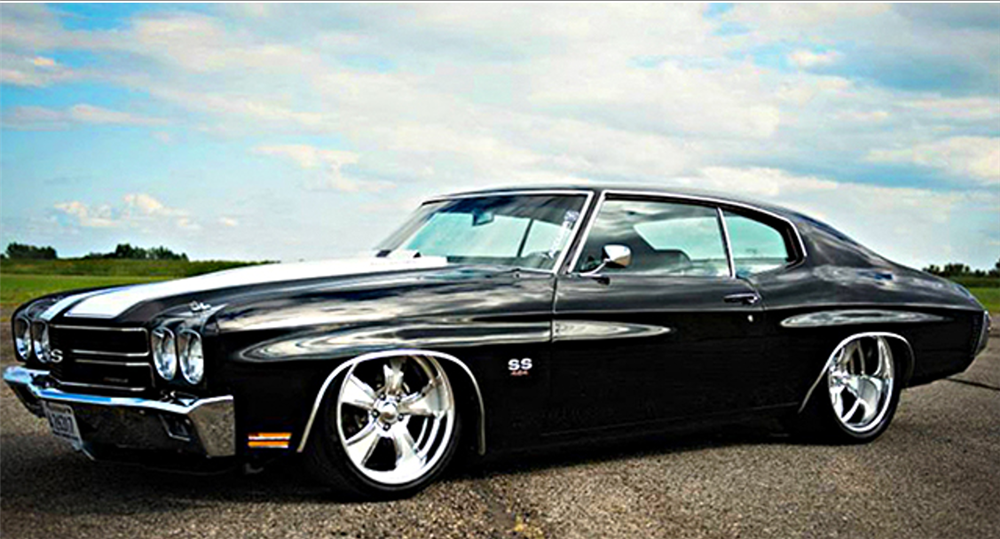