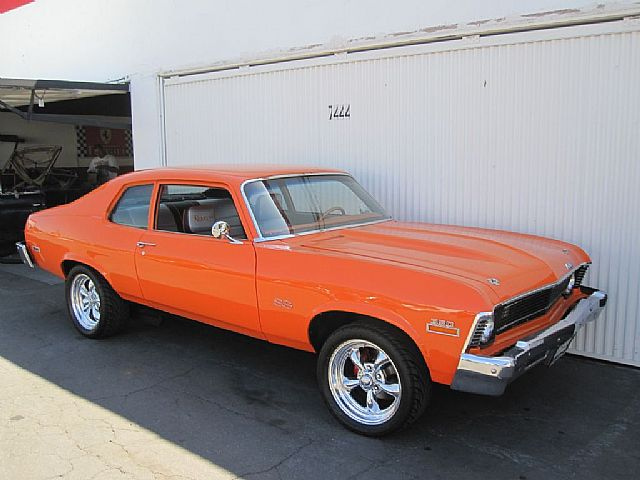 You might have seen this car countless times in movies, or your uncle had one in the ‘70s and 80s. But how well do you know all about the Nova? Test your knowledge with these quick facts about the popular classic muscle car.

There Are Five Generations Of Chevy Nova

Do you know that the Chevy Nova wasn’t just one model? It actually started in the ‘60s with the first-generation Chevy II Nova and was produced from 1962 - 1965. The first generation had the Chevy II Nova SS, a super sports car that launched in 1963, with Chevrolet introducing the V8 in 1965, which had better horsepower at 195hp with a weight of around 2,500 pounds. The second generation was simply aesthetic enhancements of the Chevy II Nova, which was available from 1966 – 1967. The third-generation Nova was the longest, 1968 – 1974, and had many modifications and enhancements. The fourth-generation from 1975 to 1979 was Chevrolet’s attempt to follow stricter safety regulations, but it didn’t sell well during this era. The last generation Chevy Nova was from 1985 – 1988.

The Chevy II Nova SS that came out barely a year after the first generation Chevy II Nova, is the only convertible model of the Chevy II Nova and was available for only a short time. This car was the top choice of muscle cars in its era and is still sought after today. Additionally, the 1967 Nova SS coupe was the only model with a console-mounted shifter, and the cars could either have a four-speed manual transmission or a Powerglide automatic transmission. It is historically relevant for being the only model with this transmission choice, as other models had column-mounted shifters.

Chevy Nova Not Selling Because of the Name?

What about the myth that Chevy Nova didn’t sell well in Spanish-speaking countries because of the name “Nova”, which somehow was interpreted as “it doesn’t go” or “no go”? Well, it simply isn't true. Car fanatics have debunked the old rumor and the myth is even mentioned on Snopes.com. It actually did sell well in Venezuela and Mexico, and overall did decent sales in Spanish-speaking countries generally because fluent Spanish speakers know the difference between “Nova”, and “no va”.

No Other Car Inspired The Design

The Chevy Nova was completely original, the name “Nova” which means “new” somewhat suggests that concept. During the years Chevrolet made the Chevy Nova, there was no other car that looked like it in design. The unique design was inspired by Chevy's losses to Ford in the competition for compact cars. Chevrolet decided to pursue an ingenious idea, and in 1961 they rolled out the first generation of the Chevy Nova, the 1962 Chevy II Nova. Additionally, it is historical for being one of the fastest developments of a new car in GM, taking only 18 months for the Chevy II Nova to be produced after the designers initiated the work.

Chevy Had A Terrible Version of the Nova

With the 80s bringing consumers smaller, more efficient cars, Chevrolet teamed up with Toyota to produce a front-wheel-drive compact car to badge as the Nova. It was produced from 1985-88 and was the ugliest model and total disrespect to the Nova name. We bet that there isn't even a version of it around today that someone would proudly drive. 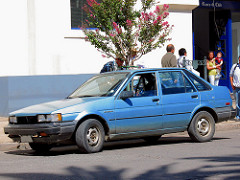 Don Yenko, who was a muscle car expert, a car racer, and also belonging to Yenko Chevrolet, redesigned a series from Chevy Nova third generation. It is called Yenko SuperNova cars, which were a total of 37 cars. Twenty-eight of the supercars had Chevy 427cid V8 engines, although they were later changed to 350cid V8 engines in 1970.

Lastly, Chevrolet's success with the Nova led to the creation of the X-Body clones Oldsmobile Omega, Pontiac Ventura, and Buick Apollo. Put all the models together and what do they spell?

Got any other interesting Nova knowledge, please share with us!